My favourite movie  is Descedants.There are three movies of descedants but I haven't  seen the new movie of them yet.The main characters are Mal (Dove Cameron),Evie (Sofia Carson),Carlos (Cameron Boyce) ,Jai (Boubou Stiouard),Uma (China Anne Mc Clain) and Ben (Mitchell Hope).A day some kids from the island of the lost,go to the castle ,that is across of the island .The kids or teenagers are Mal the daughter of Maleficent,Evie the daughter of bad step mother ,Carlos the son of Cruella de vil and Jai the son of Tzafar (I think).They are going there to steal Fairy gotmother's magic stick ,actually Maleficent want this to become the queen.So the teenagers go,but then something happen .What is this?.Are the teenagers going to become good?Who knows ,you have to see it. 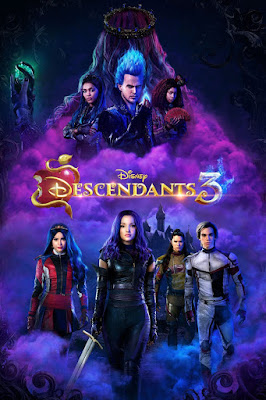 Are three of the best movies.