Earth Day is an annual event, celebrated on April 22, on which day events worldwide are held to demonstrate support for environmental protection. It was first celebrated in 1970, and is now coordinated globally by the Earth Day Network and celebrated in more than 193 countries each year.

Most pollution comes from humans. For example, think about this: where did all the mechanical tools come from and where did all the machines come from? Humans created them and sure they make our lives easier but they don't make it healthier. By using cars to transport everywhere we pollute the air with gasoline. Another way we pollute is garbage. Everyday we throw away tons of garbage, which then needs to be collected by huge trucks, which pollutes even more. Instead we could be recycling to reuse, which slows down the factories that make wrappers and tins and stuff we throw away.

Other ways we pollute is by throwing things into drains, which lead to rivers, lakes, or oceans, and sometimes end up, on our beaches. Also when we throw things into drains and they end in the ocean sometimes sea animals mistake it for food and then die because of illness.

When farmers put pesticides on their crops it pollutes a lot. Then we are eating pesticides and can become sick from them. Also animals give away lots of pollution when they produce gas from their bodies. Gas pollution is the worst because so many people drive everywhere when they could be riding their bikes or walking. Smoking is also a strong pollutant. Besides polluting the earth smoking doesn’t help your health or anybody else’s either.

War is one of the biggest pollutants in the world. Because of all the guns and machines that kill things they also are slowly killing the planet as well. For example do you go anywhere (besides a walk) on foot? Do you bike to school or work? Do you know anybody else that does? Not very many people really think about pollution because they are educated about it.

Many people think that if one person does something good to help the earth all the pollution will just disappear. But what they don’t know is that if everybody doesn’t start cutting down on how much pollution they create the whole earth will eventually be disgusting and everybody will die because neither humans nor animals can live in such a habitat.

Ask yourself this question and answer truthfully, “What do you do to pollute everyday”? Once you’ve figured it out try to find a way to cut down on using that thing. Everyday almost everybody pollutes in some way so don’t be ashamed of it, just make an effort to stop it. 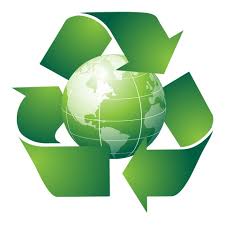