The day before yesterday, the "summer" groups of the Markaki Language School saw an awesome film, known to all of us as: "Despicable me 2". Personally, I really liked this film and I think that it can be watched by all the ages. Chlidren, tennagers, adults... It's a mix of adventure, comedy and a bit of romance. All those things connect with each other and make an exciting, fascinating, thrilling movie. 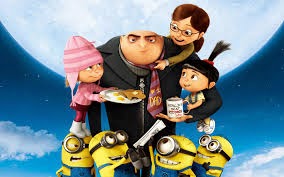 In order to see how well I had known "Despicable me 2" I made an online qiuz.My score was 28/30! This means that I have a good memory and I know the movie well. How about doing this quiz? I'm sure you'll like it. 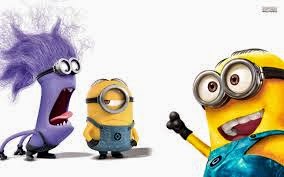 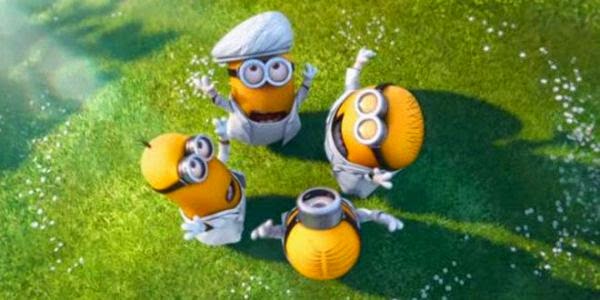 My favourite scene in this movie was actually the last scene. Gru's and Lucy's wedding, when a group of minions was singing the song "I swear" by All 4 one, transformed in a minion version, which I really liked. The minions were singing in a beautiful landscape full of green and covered by colourul flowers. They were dressed up with white suits, glasses and a big, white beret on their heads.
In this scene, minios are also singing a very popular song. However, I don't know its title.It was really funny! Finally I really liked the minion who was still purple, and appears suddenly in the end of the movie saying: "Bahhh"!!!
Here's my favourite scene in a video:
In this movie, I also learned some new useful phrases!! There are a few sentences including them: 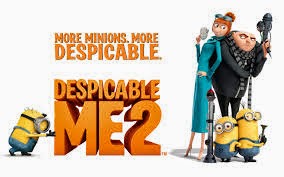