Hello dear readers,
Today I am going to inform you with some information about the new millennium, which I found at press here to visit the site. So let's star with the most interesting things I found in the site.

Staff at a remote outback roadhouse in Western Australia have revealed how a Japanese tourist turned up
on their doorstep equipped with a flak jacket and gas mask, fearing the Y2K bug would trigger a nuclear explosion.
The terrified tourist had traveled to Australia, believing the world would be plunged into chaos as it entered the new millennium.
Customs officials have revealed how they stopped the man at immigration carrying a survival kit, a blowgun and a chemical warfare outfit.
And in the latest development in the incredible saga, outback residents tell how the man feared Armageddon had arrived, when a routine generator check on New Year's Eve caused a blackout.
Lisa Williams, who works at the Willare Bridge roadhouse 2334km north of Perth, said the man "freaked out" when the generators cut out at about 10pm on December 31, resulting in a four-minute power
blackout.
"He was running around going 'Y2K, Y2K', he was really panic-stricken," Ms Williams told the Australian Associated Press.
She said the man's English was poor and nobody was able to make him understand what was happening. It was not until roadhouse manager Graeme McNamara telephoned a Japanese interpreter in Broome, who then spoke to the terrified tourist that he calmed down.
He told them he believed the millennium bug would trigger a nuclear explosion and he planned to head for the outback because he thought it would be the safest place to be.
When he arrived in Australia, his flak jacket and the blowgun and darts, illegal in Australia, were confiscated by customs officials.
But the man was allowed to enter the country with the other items, which included an SAS basic remote survival book, a gas mask, dehydrated food, an army style water container, water purifying tablets and camping gear.
Roadhouse co-manager Sheree Marich said the man, dressed in army-style camouflage gear, had arrived at the roadhouse earlier that afternoon by taxi from Broome, a 165km trip for which he paid about $300.
The man left Australia, content that the world had not come to an end, after enjoying a restful holiday.

As a concertmaster, the more Billy Joel lets the music just happen, the better the show is. The piano man did just that during his New Year's Eve "Millennium Concert," which was recorded live for this two-disc, 25-song collection.  The CD is now out in stores.

At what was arguably the most important performance of Joel's career, he treated 20,000 Madison Square Garden fans (willing to brave the then-unknown Y2K terrors) to a rollicking, finely paced show that even included covers of Ludwig Van's Ninth Symphony; Op.125 Choral, the Rolling Stones' "Honky Tonk Woman" and a boom chaga lagga-less version of Sly Stone's "Dance to the Music."

The atmosphere captured here is party festive and living room comfortable, as if Joel were having a few friends over to his house for beers, snacks and to hear a few songs he'd written.

Though fans will have all of these songs here on albums (some more than 20 years old), this is still an anthology worth having. Songs Joel wrote as a boy are given total justice here, and like fine wine are richer for the aging.

High-tech and geared to work and play a look at the home of the 21st century
Imagine leaving work, getting in your car and starting dinner while driving home. That’s just one function of the home of the future. With a flick of a computer switch your home will respond to your needs.
The house may look the same on the outside, but inside homes in the new millennium will be much different than they are today. With the flick of switch, you can turn your windows from clear to opaque; making blinds and shades unnecessary. Your Thanksgiving turkey will be able to communicate with your oven, telling it how high to set the temperature and how long it needs to cook.
You can probably forget about having a robot do your vacuuming, at least in the short-term. But some are predicting that we will have devises that will stop the vacuum if the telephone rings. Other machines that will make our life easier may include: a washing machine that can read your clothes' cleaning instructions and select the appropriate water temperature, amount of soap and whether your cotton sweater should be line-dried or tossed in the dryer. A refrigerator that knows what you’re running low on and makes a digital grocery list-complete with the best prices available at area stores.

How about this little apron, it includes integrated power circuits and built-in microphone that allows for hands-free operation of kitchen appliances. It can be used to turn the temperature down on the stove, recall a recipe on the screen or tell your family lunch is ready.
Home layouts will change somewhat also. Kitchens and first floor family rooms will remain popular. Glamour baths will lose appeal and home offices will be a must for every family. Builder’s say we will begin to see wide-open rooms with moveable, nonload-bearing walls that divide living spaces based on changing needs. Retract all of the walls for a big party or erect them to create an intimate space for a candlelit dinner-for-two.

The biggest housing trend of the last 50 years - size - won't be as important in the next 50, predicts Gopal Ahluwalia, an economist with the Home Builders Association. The average size of a new house more than doubled in the last half-century, from 983 square feet in 1949 to more than 2,000 in 1999, according to the homebuilders.

Average size will stay about the same for the next 10 years, when it will start declining, says Ahluwalia. That's when 81 million baby boomers turn 65.

The aging population will also spur a trend toward "universal design" - adaptable living spaces for people with changing physical abilities. Look for kitchen counters that move up and down and a continued emphasis on first-floor master suites and laundry facilities.

The size will be used differently, however. "The conventional basic house" - the living room, dining room, kitchen and bedrooms - "will only be a small portion of the house," says one architect. An exercise room, a video room and an elaborate home office will eat up huge chunks of the 21st century house.

The residential office, too, will take on added importance as more people work from home. Gerald Celente, director of the Research Trends Institute and author of "Trends 2000," predicts that 50 percent of the American work force will work from home as soon as the nation is wired for high-speed Internet access.

Children, too, will be home more often as a large portion of their schooling will be done via computer. Homes will be equipped with 3-D virtual reality rooms where workers can talk with clients and students can communicate with teachers. 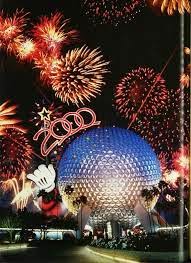 There are many other thigs to see in this site!! Visit it, and I.m sure you won't regret it!!!!

Email ThisBlogThis!Share to TwitterShare to FacebookShare to Pinterest
Labels: Millennium